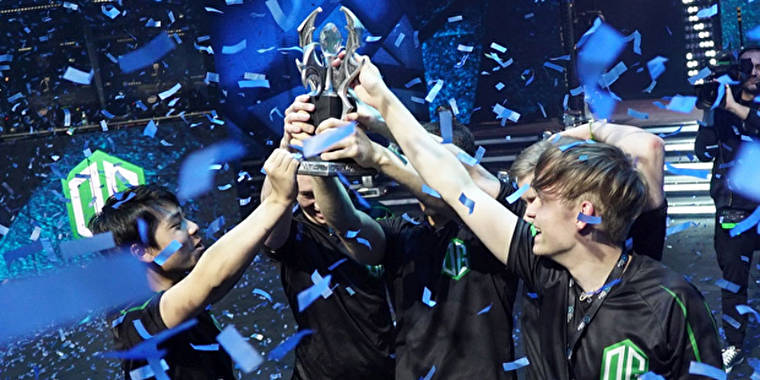 Overall, money does not stand as the only solution to the problems that occur with Dota Tier 2 and Tier 3 squads. There are more profound matters that should be investigated in order to fully realize the scale of the catastrophe that happens in a Tier 2 domain.

Overview of a Situation

Numerous people voiced their concerns over the current state of affairs over the tier 2 scene, yet the most profound one was written by Complexity’s player Chessie.

In his post, he raised awareness over the prize money of the tier 2 teams, which were insufficient in terms of being viable financial outcomes of being a pro player.

For instance, Final Tribe won approximately $52,000 in prize money over the course of 2018. Chessie’s team during the 2017/2018 raised nearly $120,000 in prize money, yet the existing performance was during the 2018/2019 DPC season was gradually declining since the team netted $71.550. Even though it may be initially perceived that the core of the subject matter is the sum of prize money, Chessie raises awareness concerning the regional distribution of funds in the professional Dota 2 esports scene. The mentioned team called Final Tribe was a successful team, which barely missed their TI spot. If this team was playing in the North American region, the odds of earning more and securing a spot in this year’s The International could have been considerably higher.

Apparently, the switch of a region shouldn’t be the panacea, meaning that the regional specifications should work on strengthening the pool of developing talents, but not loosen it.

The previous DPC season had comprised a wide range of tournaments, ranging from colossal Majors to the medium-scale Minor tournaments. The top teams from each region were invited, whereas Minors were filled with a bunch of tier 1 teams and a plethora of tier 2 teams. Although the competition during Majors were the fiercest ones, a total of 22 DPC events allowed all teams to share a considerable $13.5 million in DPC prize money, coupled with nearly $1 million in third-party championships. The current season has changed the situation upside down by hosting DPC events for a total of $6.5 million with $2.5 million awarded in the third party tournaments. The question now revolves around the funding of the tournament system over the Dota’s DPC system, which last year provided more chances for tier 2 teams to compete for the prize money. So, don’t be fooled by a statement that making a living while being a professional Dota player is that easy since it only became harder over time.

Let’s (Not) Talk About Money

Another matter stands out during the 2017/2018 DPC season, which was the overall tiredness of the professional teams. The season was full of qualifiers, mismatching schedules, and brutal relocation plans. The top tier teams monopolized the tournaments with their invites, whereas the tier 2 teams had to clash for the sake of becoming the part of the tournament. The dota 2 betting sites had decent times in the middle of numerous tournaments. The new system tried to keep the Tier 1 teams from Minors, yet the endless qualifiers to both Minors and Majors kept the schedules of all players packed. So, the third-party tournaments couldn’t fit in any of the dates throughout the year.

Therefore, we are getting closer to the core of the problem, which is the lack of incentive for teams to compete in online tournaments and leagues. JoinDota League once featured all the top teams. And what about BTS Cups? Summits? Dreamleague? Will these tournaments return the professional teams in their weekly leagues? Leagues and online cups still exist, yet the money is too low, whereas the broadcasting cannot attract adequate sponsorship deals.

Nothing really stops teams from putting objectives on the TI as the only intention of the play. TI is now worth more than 30 million. Some pro players even don’t try to compete in the DPC system in order to safely win online cups with $5,000 prizes. Don’t dare one saying that this is the fault of these teams not to appear in the TI; the system forces them to pursue financial objectives, not tournament-related ones.

Combine the Major and Minor qualifiers to ensure that top squads qualify to the Majors, wheres next placing qualify to Minors.

Compensate the lost qualifiers to the owners of Tier 2 organizations, at the same time, increase expenditure on player transport and hotel costs.

Adjust prize money rationally for DPC events in order to grant players with more money. The current taxes, sponsor cuts, and other deductions may decrease the sums that players get significantly.

Form a league of the squads, who don’t compete in the Minors and the Majors.

Even though the proposed four-step system still lacks multifaceted answers to all the questions. However, this may be of good use for fixing Tier 2 Dota, which is believed to become sustainable and engaging for all the parties involved. The system needs to be financially viable, so Valve should consider the use of their contacts with third-party organizers.

So, we have given Valve numerous reasons to be aware of the issue. Now, all we ask is to work more for the sake of creating a system that everyone enjoys.