The Rise of Auto Chess Games: Who Will Win the Autobattler War? 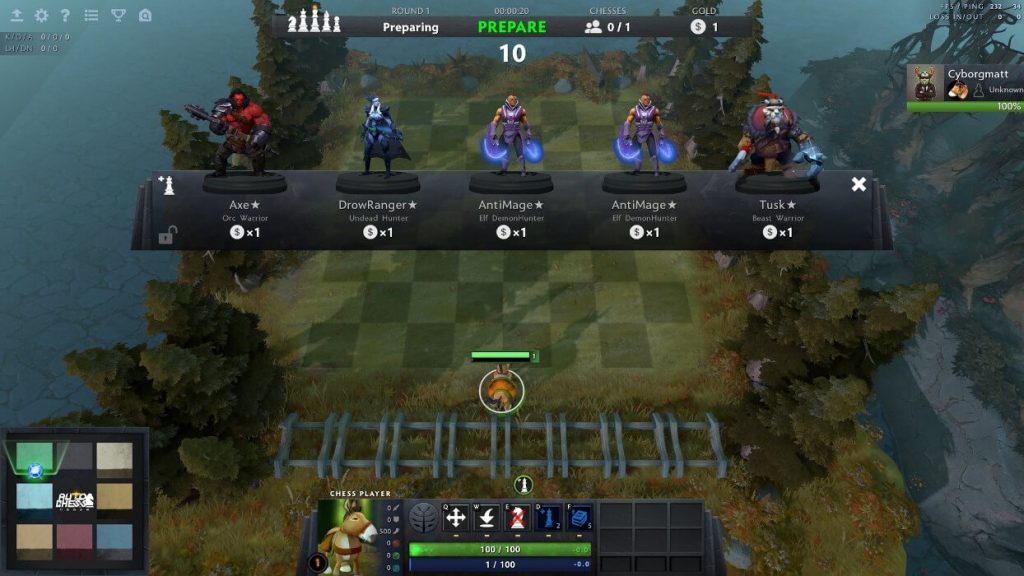 Overall, the gaming industry heavily relies on the latest trends, genres, and trendsetting updates. In some sense, game-defining changes correlate with a single transformation in the industry, whereas others tend to catch success in a similar genre. For instance, first-person shooters became popular due to the efforts of Battlefield and Call of Duty, MOBAs popularized by League of Legends, whereas Fortnite became a phenomenon in making battle royals unprecedentedly popular.

As for 2019, a new genre has emerged to rise in the contemporary gaming industry, which is the so-called “autobattler.” What once became popular to the customized Dota 2 mode titled “Dota Auto Chess” has now impacted numerous companies to catch the domination in the newly formed genre. Who are they and how they became famous among the player base?

The Age of a Discoverer

When one wonders what the terms such as “autobattler” and “auto chess” truly mean, let’s frankly speak that it’s natural of not being aware of the roots. These concepts are new in the industry, which once became recognized because of the custom gameplay mode in the Dota 2 client. The core of the game relied upon the merger of Dota 2 characters on the chess layout with mahjong-like dashes. Emerging in January of 2019, the Chinese developer of the mode named Drodo Studio has materialized their ideas into a whole new genre that shook the gaming industry.

The exclusive rights for the Dota 2 characters and Valve IP became the issues that eventually resulted in the decision for both companies to work separately. While Valve fulfilled their unique ideas into a new title of Dota Underlords, Drodo Studio started their work on a separate game client to conquer the Chinese and global autobattler markets. As for the last contender for the niche, Riot Games with their Teamfight Tactics became the latest to join a hype-train of auto chess games.

The Current State of Affairs

All three independent titles aim to increase their considerable player shares by emphasizing their unique features. Dota Underlords, for example, highlighted their recognizability of the Dota 2 characters. However, Auto Chess should not be disregarded since its creators were the original discoverers of the entire genre. As for the latest Riot Games’ title, it aims to grab the enormous League of Legends’ existing audience. Moreover, Riot Games engineers even enabled login options to Teamfight Tactics from the League of Legends client.

Probably, the upcoming era of development would be focused on the growth of the player audiences. Even though the original platform of the genre is PC, both Dota Underlords and Auto Chess aim to popularize their mobile clients. As pointed out in the most reputable Dota 2 betting website, there are no doubts that even more autobattlers will emerge soon, yet the question is potent of whether they are capable of grabbing players from three leaders.

Be Different to Win Differently

Naturally, one game of these will once be crowned as a king with the greatest community of gamers. Obviously, the existing players will pursue the in-game records, but how the auto chess market may attract others? Although all companies spoke about unprecedentedly bright future of their games, nothing was done in terms of aggressive marketing campaigns. Justifiably, these games undergo considerable transformations and updates, yet more attention to the cinematic trailers could have been of good use. By doing so, the crowds may join in the emerging genre without any hesitation.

A real challenge will be circulating around the idea to transform vague gameplay into a catchy cinematic trailer. These trailers would be expected to sell the action straightforwardly to unveil an intriguing story of one of the gaming universes. In the case of Auto Chess and Dota Underlords, trailers will require to convince the existing audience to adapt to the uniquely designed lore. What is more, Auto Chess backpedals in terms of recognizable characters and style, so it definitely requires to dedicate much attention in this particular direction.

The previous statement is exceptionally true in the context of mobile games since the competition revolves around thousands of titles in the mobile gaming industry. Have you once questioned yourself how you will differentiate the autobattlers from match-three titles?

Most likely, autobattlers should develop a strong sense of community and the intertwined cooperation between the developers and active players. Since all games may fail in the early stages of development, new competitors may win the crown by offering some unique features. If autobattlers demand to become the best titles in the niche industry, they will need convincing trailers that make them the best. Since the ongoing success rates of the autobattlers are groundbreaking, the auto chess titles will probably dominate the gaming industry for long. A fierce war between autobattlers is about to start, have you already made your final choice?