The development of the world of esports has lifted off and is in mid-flight towards the sky-highs of success. Some companies that have a particular flair for sniffing out a profitable deal are fighting for a seat in this journey, as early as they can, hoping to reap the benefits later on.

Also, innovation is the way to keep the lead in this race, with everybody trying to light up the interest of fans: the recent fresh approach of eSport betting real money, the original idea of a FIFA junior academy, different stars from sport idols to rap icons getting involved in eSports marketing strategies. And these are just the tip of the iceberg.

For those that aren’t familiar with soccer legends hall of fame, Ruud Gullit is a retired Dutch football player, which became a team manager after his retirement and is, most recent, owner of the first junior academy for FIFA video game.

He is most famed for his soccer accomplishments, being awarded the Ballon d’Or in 1987, which is the greatest individual trophy every player yearns for. He has also held the captaincy for the national squad of Netherlands in 1988 when the team won UEFA Euro Cup.

As for his club record, he was most famous for his years playing at AC Milan, while being a part of the incredible Dutch trident alongside Van Basten and Rijkaard, which soccer fans will surely recall stories about.

As does anything related this close to spending real money. Becoming a fan means identifying yourself with a team, the club’s colors, anthem, logo, star players. And so, a marketing strategy is necessary, and a first step is creating a brand name.

This is the case with Ruud Gullit and his recent involvement in eSports. With his player background, starting low and reaching the top, combined with his ulterior experience as a coach, made Ruud transpose all of this in the world of eSports. Of course, he started with a domain tangential to his love for soccer. Thus, the FIFA esports academy known as Team Gullit was founded, early 2018.

It inserts the soccer concept of a junior academy into the video gaming world. Basically, its designation is to scout up young talents in the game of FIFA and train them to become future superstars. The training primarily consists in practicing playing the game, developing the moves, strengthen the mentality and trying to copy the vision Ruud Gullit had of the game of soccer and use it in the virtual world of FIFA. Then comes the development of individual and team brand, while promoting them on social media and more. 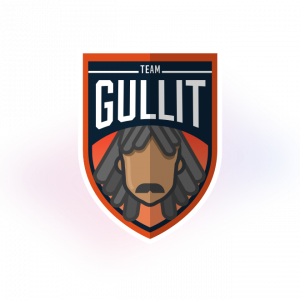 That was Ruud Gullit’s distinctive look like a player, and that is the logo that represents Team Gullit. And from about a week ago, that is the logo sewn on the official jersey, made available for the team members, by Robey Sportswear.

Team Gullit has sealed the deal with the sportswear designer in a contract that goes on for several years. Robey Sportswear is the main sportswear supplier for Eredivisie squads Sparta Rotterdam and Willem II. They hope to gain from this partnership an international exposure, given the different nationality of Team Gullit’s members, as well as a new batch of potential customers.

But, until then, the newly colored orange and blue official jersey, off-pitch jacket and jogging bottoms are made available at the official store, for purchase.