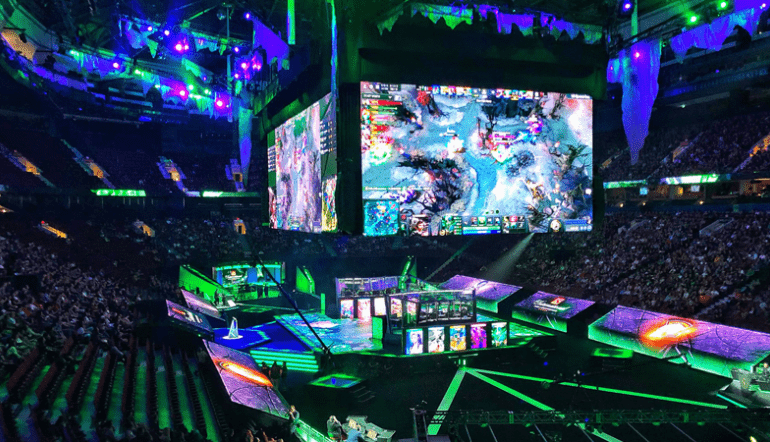 The announcement made by Epic Games regarding the huge prize in July 2019’s Fortnite World Cup introduced the $30 million reward. This seemed to be the biggest prize fund in the industry of esports. But it did not remain such for long: Valve’s Dota 2 is about to introduce the most significant prize pool in the history of esports championships.

Can Dota 2 compete with Fortnite?

The fund of esports championships keep increasing, and Dota 2 is involved in breaking the records of prize pools when comparing all the championships ever held in esports. The International 2019 is this year’s championship among the Dota 2 players, which belongs to the series of the world’s largest esports competitions. The International will be hosted in August this year, and the prize pool is already bigger than any of those previously held, while there’s still a couple of weeks until it takes place. Moreover, the prize pool has already outpaced the biggest prize pool ever, recorded last year, which was provided by Fortnite: it’s more than $23 million while it’s still a month ahead before the tournament.

Of course, the majority of the added funds come from players’ spendings on treasures in Dota 2. However, there is also a significant role that Valve has played in increasing the talent pool. Its announcement of the Battle Level Bundle sale last month included the offer to buy treasures for $120 and battle pass levels for $30, which led the prize pool to increase massively in just several days after the sale had started. The total growth of the prize pool made up $4 million in the first few days of the sale, which makes the full prize pool the largest among those ever recorded in the industry of esports.

There’s still some time before the championship that can potentially increase the prize pool even more. However, last year’s experience shows that the numbers can change unexpectedly: the number of growth eventually started to slow down closer to the championship itself. Well, the prize pool is already huge enough to be fascinating; its further slowing down won’t disappoint the participants since there’s already enough encouragement for them to be excited and motivated for the fight.

As for today, The International counts 12 registered teams to participate, but a number of matches continue to be held as a tournament’s lower bracket. These take place in Moscow, Russia, Florida, the USA, and some other locations globally; all streamed live. This huge of a prize pool for the championship makes Dota 2 a record breaker and is likely to secure the title of the preferred sport for long. Most likely, it will remain such at least for some time, since there is no competitor with enough fans and players to beat the current numbers.

At the same time, the best players in esports continue gathering for other tournaments in different games for events like Ultimate. The games are also streamed on Twitch.

In addition, Fortnite had its third tournament in the series of official season games, with the worth of just $20.000, streamed on Twitch as well.